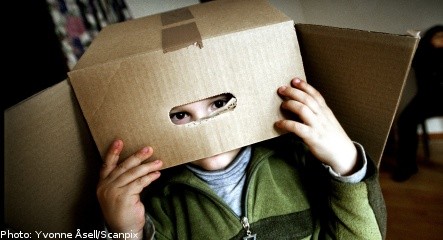 In the first seven months of 2008, 5,325 failed asylum seekers went into hiding in the country, compared to 5,700 in the whole of 2007, according to figures from the Swedish Migration Board presented on Monday.

Iraqis account for the largest single group of vanishing refugees, with 1,005 citizens of the troubled Middle Eastern country going underground in Sweden so far this year.

“This is most likely linked to the fact that last year a lot of Iraqis were permitted to stay, while this year many have had their asylum applications rejected,” Inger Lagerström at the Migration Board told AFP.

Sweden, which in recent years has taken in more Iraqis than any other Western country, tightened its asylum policy last year, allowing the authorities to legally send people back to Iraq as well as other conflict-ridden areas, such as Somalia and parts of Afghanistan.

The proportion of successful Iraqi asylum seekers has plummeted from more than 80 percent in 2006, to around 70 percent last year, and to around 25 percent in the first three months of 2008, according to the UN refugee agency UNHCR.

The recent increase in refugees going into hiding could also be linked to the fact that Sweden in 2006 gave all rejected asylum seekers a second chance at gaining residency, thus encouraging many out of hiding and pushing the number of disappearances in 2006-2007 down substantially.

In 2005, 11,436 rejected asylum seekers went underground in Sweden, according to Lagerström.

“It’s hard to give an exact explanation for these trends. They are linked to the overall number of asylum seekers and world events determining what people are fleeing from.”