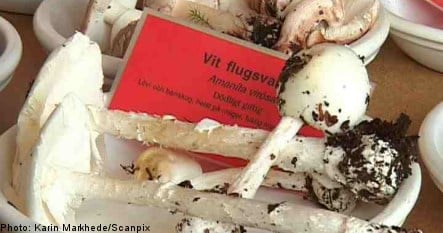 The hospital’s press office confirmed the death of the woman on Sunday.

The woman who was from Skåne in southern Sweden, had been in the care of Helsingborg’s hospital until Monday but was moved to Gothenburg’s Sahlgrenska University hospital as they have the capacity to perform a liver transplant.

The woman was admitted to the hospital with two other people suffering from mushroom poisoning but they soon recovered and have been able to return home.

The dead woman is thought to have eaten death cap mushroom, an extremely poisonous mushroom which contains the poisonous substance amatoxin. Only small amounts of amatoxin are needed to cause damage to liver cells and in the worst case scenario cause the lever to stop functioning altogether.