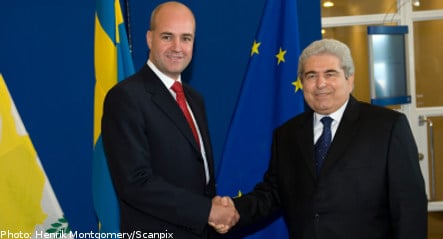 Demetris Christofias said that he was in favour of Turkey joining the European Union as long as it meets the requirements for membership.

“We are in favour of Turkish EU membership if Ankara respects the conditions required by the union and recognises the Republic of Cyprus,” Christofias said at a joint press conference in Stockholm with Swedish Prime Minister Fredrik Reinfeldt.

His comment came just days after he and Turkish Cypriot leader Mehmet Ali Talat launched intensive talks on reunifying the Mediterranean island in what the United Nations described as a “historic” move after three decades of failed diplomacy.

Christofias on Friday said “I want to be an optimist,” but cautioned that reaching an agreement “would not be an easy job.”

“We want to find a solution … to free our country from the military presence, and to have a united Cyprus,” he said.