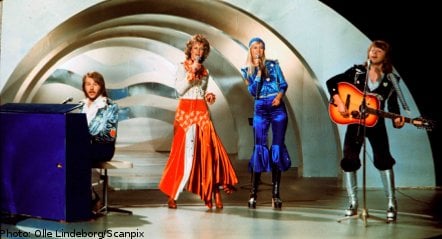 “It’s better to make this decision at an early stage, even though it’s a disappointing message. The museum is eagerly anticipated, but now we have had to face the fact that we won’t be able to open on June 4th in the intended premises,” said Ulf Westman, the co-founder, together with his wife Ewa Wigenheim-Westman, of ABBA the Museum.

Interest for the museum is claimed to be huge worldwide and 3,000 tickets have already been sold. The project has recently attracted new investment which will ensure its financial future.

“There is no doubt that there will be an ABBA museum, although it may take a while longer than expected,” Westman assured.

The 100-year-old Stora Tullhuset is located on Stadsgården’s quay on Södermalm in central Stockholm. The property is owned by the Ports of Stockholm and the project has been designed by architects Studio 1.11.

The refurbished of the building were originally expected to cost 200 million kronor ($30 million), to be met by the City of Stockholm. The museum will then rent the 6,500 square metre space from the city.

The renovations have now become more complicated than was originally projected. ABBA the Museum was unable to confirm how long the delay would be but urged ABBA fans to keep the faith.

“All the original ABBA artefacts have been collected and we are working hard to make this a reality. The ABBA museum is much greater than any temporary setback. So don’t give up – we won’t!”

All those that have paid for tickets for the museum will be entitled to a full refund, Westman and Wigenheim-Westman promised.