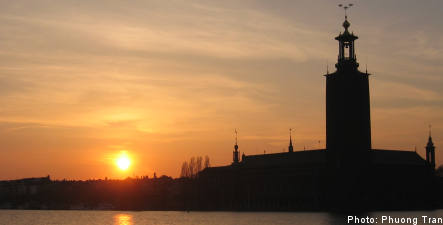 The European City Brand Barometer is a survey compiled by UK branding experts Saffron Consultants. Saffron sought to compare and contrast place brand strengths and thus measured the strength of cities’ brands and assessed how successfully cities project their attractions to exploit their assets.

According to the criteria Paris and London come out on top of the lists in both City Brand Strength and City Asset strength.

Stockholm, the self-styled ‘Capital of Scandinavia’, was considered to have the seventh strongest brand of the cities in the study.

Saffron Consultants concluded that cities generally got the branding that they deserved and that brand equated to the underlying assets that a city had – put simply the more a city has to offer the stronger its brand.

There were some exceptions to this rule however and Stockholm came in among the cities who are best at utilizing their brands. Stockholm came second behind Berlin in this ranking indicating that the city has effectively created a stronger brand than its assets ‘deserve’.

Stockholm brand is not all front however as the city’s assets are considered to rank 11th among the 72 European cities in the study. Gothenburg came in at 54.