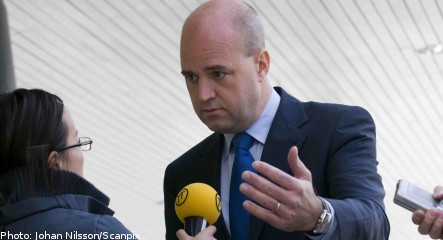 A long list of localities across Sweden that had feared cuts were relieved at the promise of more money presented in a joint opinion article signed by the four Alliance party leaders in Svenska Dagbladet on Saturday.

The 2.3 billion kronor ($343 million) which will be taken from the defence forces materiel budget will be used to strengthen unit and international operations.

“The money saved from materiel will now stay within the defence forces, that is the news and therefore no units will be disbanded,” said Sten Tolgfors to news agency TT.

The Home Guard will also be spared a halving of its resources.

Arvidsjaur in Norrbotten in northern Sweden is one of the towns happy and relieved by the news as the threat of closure had been the most acute.

“We have been in the balance since April and this is a great relief. Now the staff can get some peace and focus on our important tasks,” said Jan Mörtberg, commander of the I19 regiment in Arvidsjaur.

Prime Minister Fredrik Reinfeldt hopes that concerns about budget deficits will now be erased after the measures taken “to tighten up defence finances”.

Reinfeldt referred to the working group that has been appointed to review materiel projections and the results, which will include concrete instructions over how savings are to be made, will be presented in the near future.

Reinfeldt was asked by TT why it had taken so long to reach this decision.

“Because we have done something no one else has done – we have reviewed materiel spending projections. I don’t know how many times I have heard the phrase ‘black hole in defence finances’. We want to take steps to ensure that internal controls are improved, that there is a sound basis for decisions and that published figures are kept to,” Reinfeldt said.

The opposition is critical and Anders Karlsson of the Social Democrats and chairperson of the defence committee, argued that the government’s changes of direction in the issue are damaging to the defence forces.

The military authorities declined to comment on the news and have let it be known that they will wait before issuing any statement.