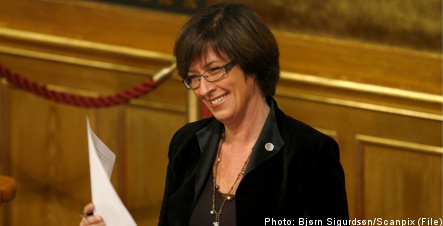 Most of them, 111,000, have given up on the Moderate Party in favour of Mona Sahlin.

But based on a percentage measurement, it’s the Liberal Party (Folkpartiet) and the Christian Democrats which have lost the most support to the Social Democrats, 15 percent from each party, which amounts to 57,000 and 50,000 respectively.

The party has also gained 46,000 new supporters from other political parties in Sweden.

The data on changing party allegiance comes from a poll conducted by Synovate, which asked 3,902 people for which party they would vote if the election were today and how they voted in the last election.

The results account for net gains and losses, and were presented in Tuesday’s Dagens Nyheter newspaper.

The opposition parties currently have support from 56.4 percent of voters, while the parties of the sitting centre-right government have 38.8 percent.

According to the figures from Synovate, support for the Christian Democrats comes in at 3.7 percent, below the 4 percent minimum to maintain representation in the Riksdag.