France’s top administrative court, the State Council, rejected an appeal by Paris city council which moved in January to block a store licence granted to the retailer, according to deputy Paris mayor Lyne Cohen-Solal.

“We are completely powerless” to stop the spread of big chain stores on what is touted as the most beautiful avenue in the world, she said. The city has now exhausted all chances to appeal.

With the majestic Arc de Triomphe at one end and the Tuileries Gardens at the other, the Champs-Élysées has been at the centre of a fierce debate on the spread of big chain stores since a Virgin Music super-store opened in 1988.

Over the past two decades, cinemas, small shops, cafés and restaurants have been replaced by a string of mega-shops like the US clothing retailer Gap and luxury brands such as Louis Vuitton.

The Champs-Élysées committee, the oldest standing committee in Paris, has raised the alarm over skyrocketing commercial rents that are driving out small businesses on the world-famous avenue.

Its head Jean-Noel Reinhardt said the State Council decision was a “risk” for the Champs-Élysées, which it said was “essential for Paris’ tourism development.”

Francois Lebel, the mayor of Paris’ 8th district which encompasses the avenue, said he would write to the trade ministry to ask for a change in the law to “safeguard business diversity and the spirit of the Champs-Élysées.” 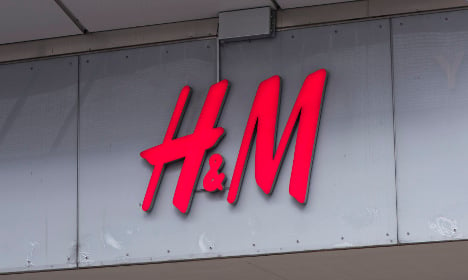 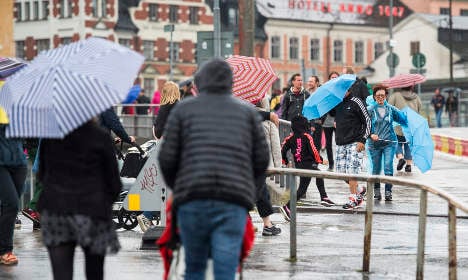 This year has brought bad news for the Swedish powerhouse. Photo: Fredrik Sandberg/TT

In the corresponding period last year however they made a profit of 8.45 billion ($1.01 billion) kronor.

Net earnings fell 17 percent to 5.36 billion kronor ($648 million) in the period, the second quarter of the company’s financial year. A strong dollar added a layer to its problems, which also included low sales prices and high investment costs.

“The sales increase in March and April was significantly below our plan. These two months were negatively affected by cold spring weather in many of our markets,” H&M chief executive Karl Johan Persson said in a statement.

This mostly affected big European markets Germany, Britain and France, but the month of May had been much more promising, Persson added.

“It has been a challenging half-year for fashion retail in many markets,” he said.

“There are a number of things we could have done better, but we have corrected them and see a big potential in the continued expansion of both new physical stores and e-commerce markets. We are just at the beginning of our expansion.”

Expressed in local currencies around the world, H&M group sales rose by five percent in the second quarter this year, but only two percent once they were converted into Swedish kronor, the company’s reporting currency.

The retailer’s operating margin slipped to 14.8 percent from 18.2 percent in the same period a year earlier.

In reaction to the report, H&M shares dropped on the Stockholm stock market, declining by 0.8 percent. 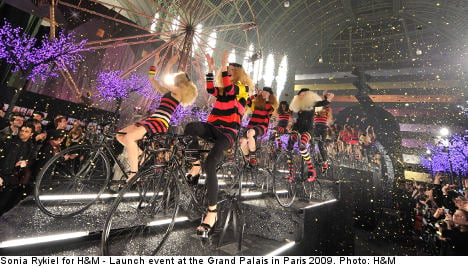 H&M
H&M to launch in Singapore in 2011
Url copied to clipboard!