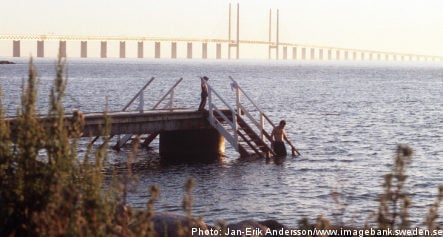 Denmark and Sweden have the highest overall tax rates among advanced countries and Mexico and Turkey the lowest, but the average tax take is running at close to record high levels, the OECD said on Wednesday on data for 2006.

This signalled that the average would probably stay at recent high levels, having declined in 2001-2004, “temporarily reversing a rising trend witnessed since the 1970s,” the data showed.

The Organisation for Economic Cooperation and Development also warned that the economic slowdown, aggravated by the financial crisis, would reduce tax revenues.

Denmark and Sweden came first, each with a ratio of 49.1 percent.

Provisional figures for 2007 showed tax revenues in Sweden dropping to 48.2 percent of output, while Denmark registered a 48.9 percent rate.

The countries with the lowest rate of overall taxation were Mexico with 20.6 percent and Turkey with 24.5 percent, on standardized data, the OECD said.

Surveys showed that there was “a high level of contentment among Danish citizens with the nation’s egalitarian society”.

But by contrast “Mexico’s low tax-to-GDP ratio reflects a lack of redistributive policies and hinders the government’s ability to invest in the physical and social infrastructure that is required for a sustainable growth path.”

Some of the figures for tax on business as a proportion of national output in 2006 were: