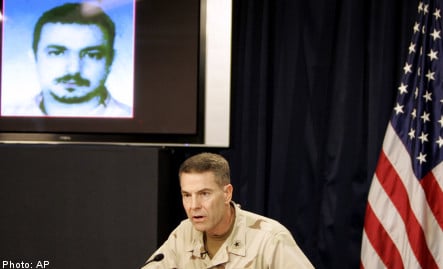 US military officials confirmed for the TT news agency that Qaswara died when he detonated a vest filled with explosives after having been shot by US forces.

The incident, which took place on October 5th in the northern Iraqi city of Mosul, makes Qaswara the fourth Swedish citizen suspected of engaging in terrorism abroad to be killed or jailed.

Qaswara, who was born in Morocco and became a Swedish citizen in the 1990s, has been linked to a mosque in the Brandbergen district of the Stockholm suburb of Haninge.

The same mosque has also been connected to Ahmed Essafri, another 55-year-old naturalized Swede from Morocco, who is currently serving a three-year prison sentence in the country of his birth after he was convicted of terror-related crimes in June of this year.

Essafri has since appealed his case and Sweden’s foreign ministry expects the new trial to begin some time this autumn, according to TT.

The picture of Qaswara’s activities which has emerged is in line with repeated assessments made by Sweden’s security police, Säpo, in their annual reports about Islamic terrorism in Sweden.

According to Säpo, operations in Sweden focus primarily on fund-raising and attracting volunteers to fight abroad.

Terrorist expert Magnus Ranstorp from the Swedish National Defence College (Försvarshögskolan) said it was “no surprise” that there were terrorists active in Sweden.

“This is not unusual, almost every country has some sort of problem. Sweden doesn’t stick out in comparison with other countries. And what we are dealing with are support operations, as we have seen examples of previously,” he told the TT news agency.