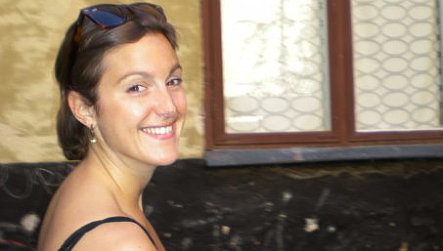 How long have you been living in Sweden?

Do you speak perfect Swedish?

Well, I like to think so sometimes! However, the truth is that I have only succeeded in switching an amount of words from Norwegian to Swedish to a point where the Swedes understand me at least 98 percent of the time. Even though the languages are quiet similar and we communicate well, there are times when I know nobody understands my attempt to make a joke.

What do you miss about Norway?

One of the privileges of living abroad but still close to my home country is that I get to see my family and friends more than on holidays. However, one of the things that comes to mind is to be able to go skiing on a snowy mountain less than an hour’s drive from the capital. Besides this, I miss small things like reading a Norwegian newspaper in the morning.

Do you know any good jokes about Norwegians? The Swedes seem to love those.

I am still amused with the jokes featuring “the Swede, the Dane and the Norwegian”. The Norwegians are without exception described as clueless and stupid, people who for example “will bring sandpaper to the desert as a map”.

Tell us a bit about your job.

I work with Parship, which is the largest premium online matchmaking service in Europe specifically for people who are serious about forming a lasting relationship. I work with the online marketing activities Parship carries out in Scandinavia and I also work closely with our media partners. The job doesn’t really have a title, but my area of work revolves around marketing. The job includes quite a lot of travelling to Parship headquarter in Hamburg and Scandinavia.

What’s the best thing about living in Sweden?

Working abroad and living in Stockholm is a new experience for me. I would say the best thing is to spend time and learn new things with my friends and colleagues in a great city that has a lot to offer. I love the pulse of the city, and the fact that you can always see crowded restaurants and cafes any day of the week.

Accepting the fact that when Swedes joke about Norwegian success and happiness, and blame everything on the oil money… they are not really joking.