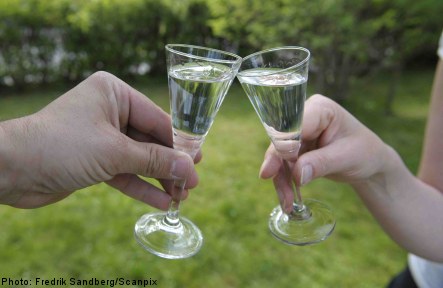 Mats Trondman has researched the connection between alcohol abuse and sports. Local Swedish newspaper Borås Tidning has reported his conclusion that the problem is far greater within team sports and that attitudes are established early.

“There is a value system that makes it (the encouragement of alcohol consumption) possible in, for example, football and ice-hockey that is completely unthinkable within athletics,” said Trondman, a professor in cultural sociology, to Borås Tidning.

Trondman argues that early in a sporting career and within sport in general in Sweden there is high level of parental participation and so alcohol abuse is less of a problem. But as young sportsmen and women get older, parental input declines and alcohol consumption increases, he claims.

Many managers condone and even encourage the creation of this drinking culture, Trondman argues.

Many of the players interviewed for Trondman’s research replied that they knew that as long as they attended training and performed in their matches then a culture of partying as a team was tolerated.

Trondman also found that those that train more often drink more. Something of a paradox, and contravening the widely held perception of elite sport as healthy exercise.

There are other factors involved, Trondman found.

“Athletics is more of a middle-class sport than football and therefore a respectable person should not be drunk while Carolina Klüft is running. Within the working class there is a more accepting attitude – an attitude that says that a man should be able to handle a few beers,” he said to Borås Tidning.

Trondman argues that it is the responsibility of trainers and managers to address the issue and underlines that while improvements have been made, there is much work left to be done.