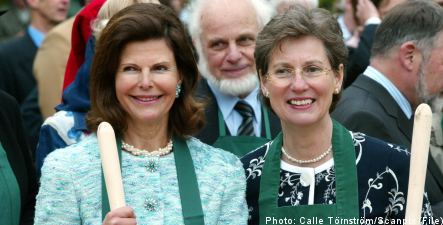 Her passing was confirmed by the management of the estate which she ran on the island of Mainau on Lake Constance in southern Germany.

Bernadotte was born in 1944, and ran the Mainau Estate which her late husband purchased in 1932 from his father, Prince Wilhelm, son of Sweden’s King Gustaf V.

Born the Prince of Sweden and Duke of Småland, Lennart Bernadotte forfeited his royal title when he married his first wife, commoner Karin Nissvandt, in 1932.

In 1951 he was made Count of Wisborg by the Grand Duchess of Luxembourg.

After divorcing Nissvandt in 1971, he then married Sonja Bernadotte the following year.

The couple remained married until Lennart’s death in 2004.

The island of Mainau was originally a summer residence for Germany’s Grand Duke Frederick I of Baden, as well as his son Fredrick II.

When the latter died childless in 1928, the island passed over to his sister, Victoria of Baden, who by then was married to King Gustaf V of Sweden.