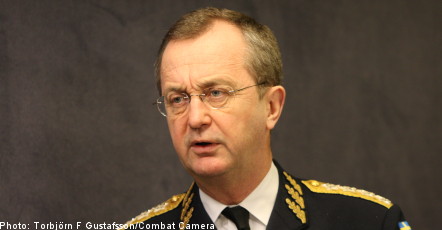 The appointment would him the EU’s highest ranking military officer.

The decision won’t be formalized until November 10th when EU foreign and defence ministers take a final on the issue, according to Swedish military spokesperson Roger Magnergård.

Syrén’s approval, which is expected by most observers, will most likely require him to step down from his current duties as Sweden’s Supreme Commander before his term expires in December of next year.

“The new assignment would of course mean that I have to leave my post early. When exactly that might happen still remains unclear,” said Syrén in a statement.