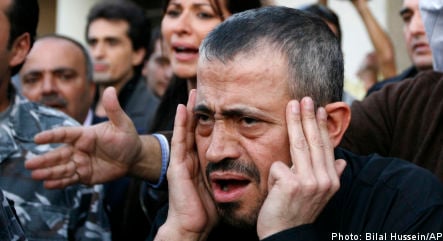 Wassouf was given a rapturous welcome in Beirut upon his return from Sweden.

According to news reports, the singer allegedly had about 30 grammes of

cocaine on him when he was arrested. But the crooner claims he was set up.

“Thank you for coming out to meet me,” Wassouf told his fans at the airport.

He said his arrest in a police raid at a Stockholm hotel just hours before he was due to perform on Saturday was part of a “conspiracy” against him, but he did not elaborate.

“It is too bad that some local and Arab media reported on my arrest without trying to establish the truth,” he added.

He said the charges against him in Sweden had been dropped and declared his innocence.

However, police in Stockholm said the suspicions against Wassouf remain.

Wassouf, who was born in Syria and moved to Lebanon as a child, is a star in the Arab world with more than 30 albums to his name.