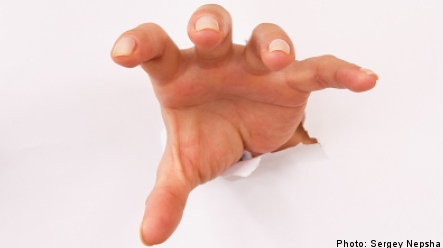 Stefan Johansson, state secretary to Finland’s equality minister, was attending a reception in connection with a book fair being held in the city when his hands began to wander.

One of the women affected then wrote a letter to Equality Minister Stefan Wallin, detailing the lewd behaviour of the cabinet member’s aide.

Johansson’s colleagues in the Swedish People’s Party were informed at a meeting on Thursday that the state secretary had stepped down from his post.

One woman, who wished to remain anonymous, said she was so shocked when Johansson grabbed her breast that she almost forgot to react.

“I want to be able to do my job without being branded as ‘The Breast’ in the Swedish-speaking part of Finland,” she told Hufvudstadsbladet.

Johansson said his actions had taught him a lesson for life.

“I am deeply regretful, since my judgment – as a result of inebriation and fatigue – led me to behave in a way that I myself cannot accept,” he said in a statement.

Solveig Arle, editor of the Ny Tid magazine, was in attendance at the reception and watched in horror as Johansson shamelessly squeezed breast after breast.

“What happened at the embassy party was not the sort of surreptitious groping that is difficult to define. It was straight-to-the-point blatant groping,” she wrote.

“And then there’s Johansson’s job title. What does this say about equality in Finland if there’s not even a basic understanding of what constitutes sexual harassment at the ministry in question?”