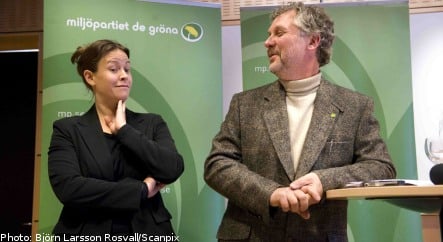 The Sifo November poll shows that the four parties of the governing Alliance coalition have closed the gap on the tri-partite opposition by four percentage points.

Mona Sahlin’s Social Democrats dropped a further 2.6 points to 39.6 percent in the November poll. They now command the support of 39.6 percentage of the electorate, their lowest level for two years.

Fredrik Reinfeldt’s Moderate party stood for the largest gain among the Alliance parties with a climb of 1.2 points to 25.8 percent.

The opposition parties retained a commanding lead of 8.6 percent over the four party Alliance government.

The far-right Sweden Democrats polled 4.2 percent (+0.7), the same as the Christian Democrats who gained 0.1 points.

All the changes from Sifo’s October poll lie within the margin of error.

Sifo interviewed 1,895 voters in November of which 13.7 percent declined to name a party or said that they would return a blank ballot paper if there were an election today.