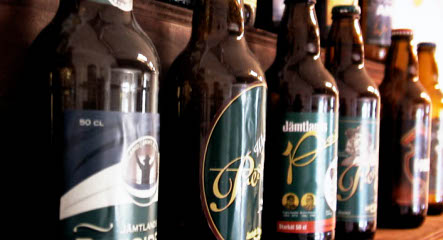 What comes from Sweden, is mass-produced, easy to assemble, pretty to look at but often lacks real substance? No, it’s not furniture from IKEA. It’s… Swedish beer.

The effects of over a century of frenzied anti-alcohol politics, a devastating Government-backed rationalization of the Swedish brewing industry in the 60s and 70s and some of the highest levels of alcohol taxes anywhere in the world have all taken their toll on this once ambitious beer producing nation.

In a recently published guide to the world's top 500 beers, Sweden gets a single solitary mention (even Namibia gets more). Ironically it is for Carnegie Porter, a rugged, tasty stout which until the 1950s was commonly prescribed by doctors and which brand owner Pripps tried to scrap in the late 1970s until public protests bought it back to the shelves.

But perhaps the most telling measure of how low the expectations of Swedish beer drinkers have sunk for their own beer is by the way they order it – automatically asking for a 'stor stark' (quite literally a 'big and strong').

Having given up years ago trying to differentiate their beers by taste, many Swedish drinkers simply do it by strength and price – the higher and cheaper the better.

However, as Bob Dylan – who allegedly likes a beer of two – once so famously put it, the times they are a-changing.

Encouraged by a renaissance in craft beers that has blown in from the west coast of America, a new generation of Swedish microbreweries have sprung up offering people the chance to drink ‘handmade’ beers in a host of exciting international styles.

The Nils Oscar Brewery is typical of this new generation of craft beer revivalists. Started in 1996 in Kungsholmen, Stockholm, by six beer enthusiasts, it claims to be the only brewery in Sweden that grows its own barley and roasts its own malt.

Nils Oscar Imperial Stout is a wonderful example of a deliciously dark, richly roasted stout which makes an ideal companion to oysters and other shellfish as well as sweet deserts. The brewery’s Barley Wine won its category in the 2000 World Beer Cup in New York, which featured 1,100 different types of beer from 370 breweries around the world.

Another of Sweden’s most respected microbreweries is also one of its smallest. With just a handful of staff, Jämtland Brewery based in Pilgrimstad manages to produce an impressive range of bottle conditioned beers.

Since starting up in 1996 the brewery has been busy collecting awards for its beers. During the past eight years at the Stockholm Beer Festival, Scandinavia’s premier beer event, this tiny privately-run brewery has been awarded more bling than a New York rapper; a staggering 61 gold, 29 silver and 17 bronze medals.

And it’s not just the brewery’s beers that are unconventional. Head brewer David Jones is an Englishman who calls brewing beer “more of a passion than a profession”.

He is largely responsible for creating what has been called the new Swedish lager style with Hell, a 5.4% copper coloured lager with a strong hop finish and a distinctly British fruity aroma.

“Hell is a lager that has all the virtues of an English ale,” says David.

If drinking Hell is considered too sinful, there is a more saintly alternative in Heaven, a somewhat darker beer with distinct chocolate and coffee tones. Mixed together they make a potent drink affectionately known as a ‘God damn it’.

Another notable Jämtland beer is, perhaps unsurprisingly, a nutty, malty English ale called Pilgrim, winner of seven gold medals and a testament to how Swedish drinkers are increasingly willing to embrace new styles from around the world.

David is very positive about the future of Sweden’s microbreweries. “The monopoly of the big Swedish brewing giants has actually opened the door for us to provide people searching for something completely different – craft beers with exciting tastes”.

Inspiration from a trip to the US led to the opening in 1995 of another of Sweden’s emerging micro-breweries – Gamla Slottskällans Bryggeri in Uppsala.

Based around 50 kilometres north of Stockholm, the dedicated team at Slottskällans produces an impressive range of unpasteurised beers with no-nonsense names such as Pilsner, Pale Ale, Kloster and Imperial Stout.

The brewery’s philosophy is refreshingly simple – to brew beer that the brewers themselves enjoy drinking in the hope that enough Swedish drinkers will share their enthusiasm for their traditionally-made beers to keep the business alive.

Add to these three pioneers the names of Dugges (with their funky logos and provocative brand names such as Bollox and Idjit), Örebro’s Närke Kulturbryggeri, which has achieved worldwide cult-like status for its hard-to-get porters, and newcomer Ocean Brewery from Gothenburg with brewer Thomas Bingebo’s creative takes on traditional beer styles, and it’s clear to see that Swedish microbreweries are coming out fighting in the battle against bland beer.

And it’s a fight they appear to be winning.

The breweries mentioned in this article are: 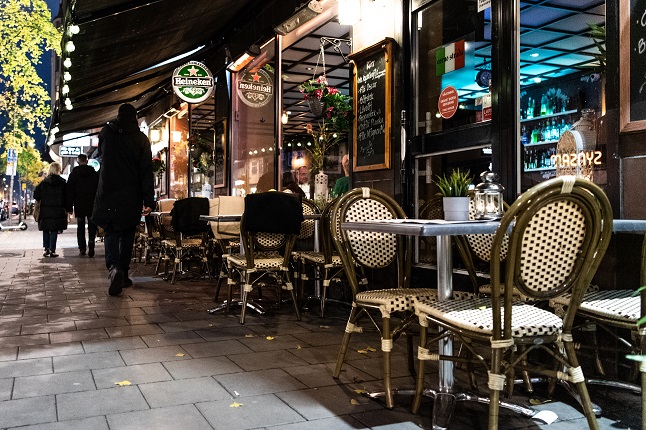 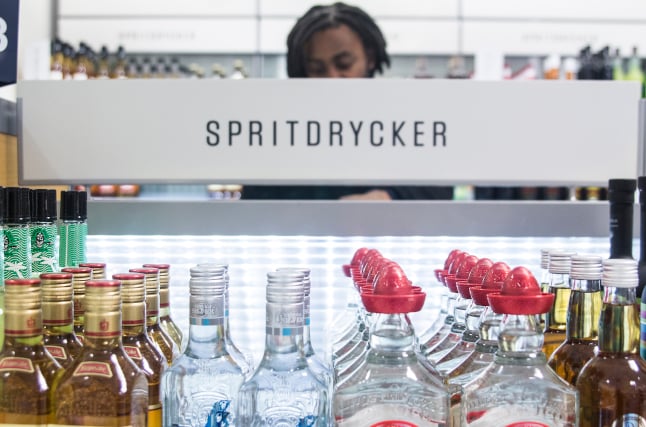