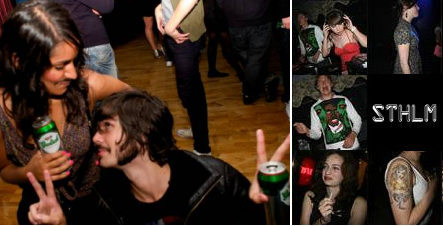 Miss DJ and Fröken Fager will be steaming up the dance floor. Millis and Richard will be serving up indie treats in the bar. Troy James is coming along to sing some R’n’B.

Klubb Spark is the occasional Debaser Medis club whose is to leave no guest unmoved. The club offers an eclectic and dancy mix of music from the DJ booth and the stage, often with an electronic focus, but also straightforward pop or rock.