Seven people were arrested and over 130 were detained.

Despite the violence, there were no reports of any serious injuries during the November 30th marches held annually by Swedish right-wing groups to honour the Swedish king who died in 1718.

Violence erupted when members of several anti-racist groups staged a counter demonstration to force the right-wing marchers to change their route and keep them out of central Lund.

Jarborg Eriksson commanded the roughly 150 officers drawn from all over Skåne county who arrived in Lund to patrol Sunday’s demonstrations.

The violence began outside Lund’s central train station on Sunday afternoon where police had gathered to restrict hundreds of counter-demonstrators.

Police were attempting to keep the left-wing activists from reaching the site where supporters of Fria nationalister Skåne (‘Free Nationalists of Skåne’) were gathering to start their march.

Suddenly the counter-demonstrators began throwing paving stones and bottles, and launched a number of fireworks, resulting in the thick smoke covering the area.

The nationalists, who numbered about one hundred, were forced to delay their torchlight parade, which was to take them to the northern section of the city.

The march was to conclude at the monument which has become a focal point for nationalists and which commemorates Sweden’s victory against Denmark in the Battle of Lund.

When the march finally began, the nationalists were escorted by a large police force, paving stones and bottles filled their air, this time being met by lit torches being lobbed back by the nationalist marchers.

After a long pause near the monument, the nationalist marchers were taken via “a back way” back toward the city centre and waiting trains.

The seven people arrested are between 17 and 26-years-old. They are suspected of assaulting a police officer, vandalism, and preparing to commit serious assault.

The roughly 130 demonstrators who were detained for disturbing the peace were taken away in buses.

There were also two additional November 30th demonstrations on Sunday in Stockholm in honour of Karl XII.

In the afternoon, about 30 people from the National Democrats marched from Östermalm across town to Riddarholmen.

A large police presence was on hand to maintain order, but four people were detained.

Later in the evening, around 100 supporters of the People’s Front party (Folkfronten), the reconstituted party of Sweden’s former National Socialist Front (NSF) marched along the same route.

Karl XII fought a series of battles against Russia, Denmark, Saxony and Poland. Between 1715 and 1718 he ruled Sweden from Lund. He was killed in Fredriksten, Norway, on November 30th 1718 by a bullet between the temples. 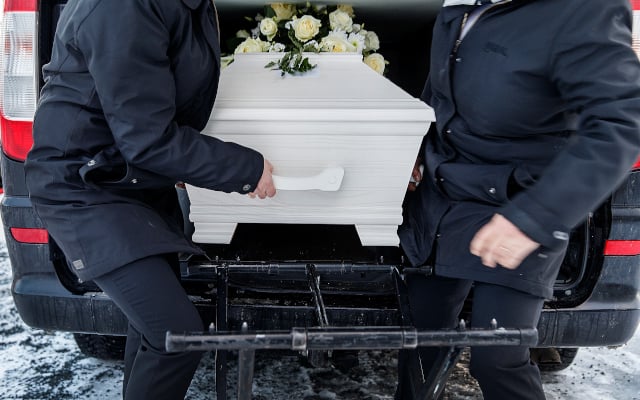 Are traditional funerals a thing of the past? Photo: Gorm Kallestad/NTB Scanpix/TT

The number of people who bury their dead relatives without any official ceremony is increasing rapidly in Sweden, up from less than two percent a decade ago to eight percent this year. In many big cities, the bodies of about one in ten deceased people are transferred directly from the hospital to a crematorium, with the ashes often scattered or buried by staff in anonymous memorial parks.

According to The Swedish Funeral Home Association, which released the data, such burials are extremely rare in other countries. Although according to new data from the UK's largest funeral director, Co-op Funeralcare, they are also on the rise in the UK – with one in 25 funerals being direct cremations, perhaps inspired by the late musician David Bowie.

One explanation for their popularity in Sweden could be that it is one of the most secular countries in the world, and often resists tradition. But with the majority of young people in 12 European countries reporting they have no faith, could it take off elsewhere too? And does it mean that rituals in general are on their way out? In Sweden, the number of regular churchgoers has been declining for some time and continues to do so. It seems like traditional church rituals don't attract modern, secular people, who may experience them as meaningless.

Take weddings. Traditional church ceremonies are reliable: if you accept and follow the rules and the authority of the ceremonial leader, the marriage will be established. But such rituals are often experienced as formal practices and lacking in personal touches.

While some wedding couples still get married in church – often for aesthetic or historical reasons – the majority of Swedes today opt for non-religious weddings. This can sometimes be in nature or in more spectacular places.

Obituaries offer another insight into how Swedes are moving away from religion. Today, the symbols used in obituaries to refer to the deceased are most often indexical signs rather than the traditional cross, which originally signalled eternal life. A teddy bear can be used when the deceased is a child, a sailing boat for the sailor, flowers for a nature lover and so on.

And funerals have been changing for some time. While the majority of funerals are still carried out by the church, some opt for non-religious ceremonies. In many western countries today, pop songs or ballads that the deceased loved are often played rather than traditional, religious hymns. A historical popular Swedish funeral song was based on the image of heaven as “a town above the clouds”, with “beaches drowned in sunshine”.

But that message doesn't appeal to the modern person. Non-religious people don't pin their hopes on an afterlife. It is the life here and now that must be fulfilled. This is reflected in a song from the popular Swedish movie As It Is In Heaven which is now also frequently played at funerals: “And the heaven I thought existed… I will find here somewhere… I want to feel that I have lived my life.”

Clearly, the rise of secularism is linked to a rise in individualism – in the absence of a god and an afterlife, we and the now become increasingly important. So just as we can see in both weddings and funerals, modern rituals focus increasingly on the individual. For example, in Sweden the celebration of A-level graduation (high school) is becoming an increasingly important ritual. Non-religious naming ceremonies for babies are also becoming more popular, at the expense of traditional baptism. In 2000, 72 percent of Swedish babies were baptized compared to 42 percent in 2010.

This shift to individualism is backed up by research. The US religious studies scholar Catherine Bell stated that new rituals also tend to be more private than public. “Doctrines and ethical teachings are downplayed in favour of language that stresses highly personal processes of transformation, realization, and commitment,” she wrote in the book Ritual: Perspectives and Dimensions.

This has also been commodified in the form of coaching and lay therapy (that is, therapy not based on school medicine or traditional church counseling), as I have shown in my research. In these new practices, a person's “inner potential” or “authentic me” is to be identified and liberated by self-certified entrepreneurs.

This pursuit of “human inner capital” is pervasive in management courses, media and talk shows, and has become a spiritual movement of sorts. It generates new practices – or new rituals of self improvement such as daily affirmations – that can also influence the performance of traditional ceremonies.

With these new, individual-centered rituals, focusing on the present life rather than the hereafter, it is not surprising that many Swedes are buried without any ceremony. There are often requests for the ashes to be spread in places that the deceased had been connected to, like the sea.

In many of these cases, the deceased had requested such a burial – sometimes because they didn't want to create extra work for their relatives. In other cases, it is a financial decision, or the relatives could not agree on what ceremony ought to be used. Sometimes there are no relatives – Sweden has the highest number of people living alone in the world.

But how likely is it that this type of funeral will become standard practice – in Sweden or elsewhere? It's probably unlikely to happen anytime soon. Many mourners feel the need to mark the end of a life somehow – something that fits with individualism, too. That said, it is likely that non-religious funerals and private ceremonies will become more common than traditional funerals in increasingly secular countries in the years to come.

Research has also shown that the internet is offering a new way of mourning, giving eternal life to the dead via Facebook for example. This enables others to send birthday greetings or share memories of the dead on the day they died – a sort of ceremony.

It is clear that in spite of secularization, modernity, and individualization, rituals are not disappearing, they are just changing forms and adapting to new contexts.

Article by Anne-Christine Hornborg, Professor Emerita of History of Religions, Lund University. This article is republished from The Conversation under a Creative Commons license. Read the original article.