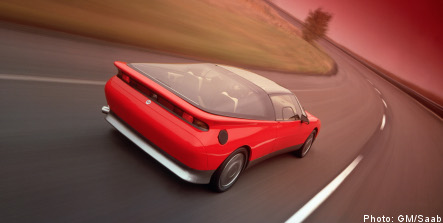 This week, the CEOs of General Motors, Ford and Chrysler will present before the US congress their detailed reasonse as to why their respective companies should receive loans in the billions of dollars.

There has been much speculation as to what concessions these companies might have to offer the government in return for a financial lifeline and some of that speculation concerns an automotive brand that is very dear to my heart, and no doubt to the hearts of many Swedes as well: Saab.

There has been a lot of talk recently of the Swedish government taking ownership of Saab, or Volvo, or even both. It is my belief that such a decision would be the first sad, calculated step along the road to deliberate mediocrity.

Saab is a small player on the world stage, but has a history that all Swedes should be proud of. At their height, Saabs were a shining light as to what a car could be. Much of the talk nowadays in the motoring industry is about fuel economy and building smaller cars with the room and power of larger cars. Saab has been doing this since the 1970s.

And I believe it has the plans in place to do it again.

To succeed in the automotive industry today a company has to have cutting edge R&D, progressive design, brilliant build quality and razor sharp marketing. Whilst the latter can be outsourced, the first three require insight, intelligence and planning that a government authority simply doesn’t understand, and nor should they.

The role of government is to provide essential elements that a society needs to function and grow; infrastructure, basic medical care, law and order, education, defence and a regulatory framework to responsibly govern the conduct of the private sector.

Who would decide the strategic direction of a government-owned Saab?

How many people would have to be involved in determining and then approving the right level of steering feedback in a government-owned Saab?

How many of the best designers and engineers would stay at a state-owned Saab?

How many would accept more lucrative offers from private carmakers and other technology companies elsewhere in Europe?

The history books, and many cities of the world, are littered with tributes to the mediocrity of state-ownership. If we want to talk specifically in terms of motor vehicles, I defy you to name one state-sponsored motoring project that has truly pursued excellence.

There have been many that pursue the basic necessity of travel from A to B, most often with teeth-rattling suspension and driving characteristics that are about as engaging as a can of grey paint.

The Saab that I know and love should never be allowed to sink to such a level, but there’s a high likelihood it would under long-term state ownership.

If they survive this current mess, General Motors should invest in Saab with the same enthusiasm with which they’ve got workers in Trollhättan building Cadillacs. Saab’s design ethos is the way of the future – smaller, lighter and smarter. GM should recognize this and develop it.

Should it not survive intact, then I sincerely hope that GM sells Saab to someone who is able to make Saab what it truly can be: a company building innovative, stylish, safe, engaging and practical automobiles.

The Swedish government can’t do that. An automotive company has to have long term plans and those plans have to be determined by people who know the industry. More importantly, those plans and the investments needed to fulfill them cannot be subject to the changing will of a political party that may or may not be around in three or four years.

Unless it’s a very short term arrangement to transfer ownership to a proper owner in the private sector, the Swedish government should not take ownership of Saab, but they should provide support by helping to create conditions where the company can grow.

That’s one of the true roles of government, after all.

Steven Wade is a rabid Saab enthusiast and has been the publisher of the Saab enthusiast site, www.trollhattansaab.net since February 2005. He lives in Australia with two Saabs, his wife PJ and dog, Charli.