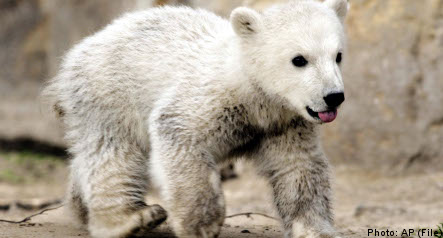 Orsa Bear Park in central Sweden confirmed on Tuesday that it has been in negotiations for the last year with Berlin Zoo and the European Association of Zoos and Aquaria. The Swedish park hopes to bring the cuddly ursine northwards and make him the poster boy for its new polar bear project.

Berlin Zoo revealed ahead of Knut’s second birthday on Friday that it is mulling a move for its main attraction in a bid to find a mate for the blossoming youngster.

Torbjörn Wallin, head of Orsa Grönklitt AB, the company that owns the park, said he was very keen to provide Knut with a new home in the Dalarna region.

“He is the most famous bear in the world after all.”

With a new four hectare polar bear enclosure scheduled to open in May 2009, Orsa is perfectly positioned to house the furry Berliner.

The park is investing ten million kronor ($1.18 million) in the project, which will also include an information campaign to highlight the plight of the endangered species.

But residents of Berlin are not expected to let cute Knut go without a fight. News of his possible departure has given rise to a wave of protests two years after the cub was abandoned by his mother, Tosca, and embraced by an entire nation.