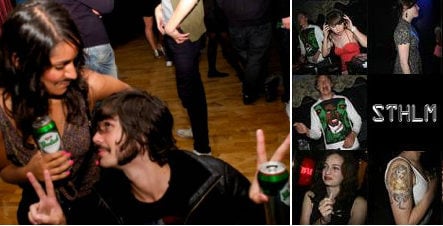 DJ Jiasi and DJ Cesar push the atmosphere to the max.

Devotion is a club night aimed at an audience that loves R’n’B, disco, soul, boogie and funk, all impeccably selected and mixed by innovative DJs who don’t just follow the tracks laid by The Voice and never compromise with their choice of songs. It’s all about love and a passion for music and dancing, not attitude or what’s on the surface.

Resident DJs Will-Rock and Pure P are a couple of the town’s veterans in their genres and they fill the big dance floor at the classic old jazz and soul club Fasching with music for people with big hearts.

Gear Club is Debban’s much talked about garage rock club. The club is held once a month and offers rockabilly, blues, rock’n’roll and, of course, lots of garage rock.

Comb back your brylcreemed hair and shuffle around to live bands, guest DJs and residents Mike Barbwire, Baby Diamondback and Thomas Savage.

Live: Detroit band The Dirtbombs. Support: Stockholm bands The Makeouts and The Palm.

Slumber Love with Richard Harris, who’s flying in from England with a suitcase full of the best psych beats and freak beats.