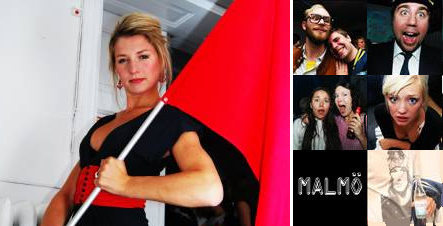 DJ Oh No plays a bit of something for everybody.

Function is the club that is rocking the entire Öresund region. Sweat and love are two themes closely connected to this soul classic, where Saturday nights are spent in a collective celebration of dance, dance and more dance. The club’s DJs alternate expertly between northern soul, alternative disco and soulful house, a soundtrack to which it is impossible to stand still.

Mission has unfortunately become associated with a seedy, lawless place behind KB whose glory days ended the moment Mission walked out the door. But these are new techno times and fresh, lawful winds are blowing as Mission moves in to the top floor of Chokladfabriken. Exciting DJ bookings, projector shows, lasers and smoke will all help make this a favourite among the club kids.

Funk, soul. afro and hip-hop against a backdrop of slide show images straight out of a 1970s acid trip. Supersoul’s residents root around in their collective treasure chests and pull out the grooviest tracks from the last half century to get the dancefloor hopping and emotions running high. Heart and pain are never as dancy as they are at Supersoul.

There was quite a fanfare when gay club Wonk Deep moved into the new surroundings of A2. But have no fear: Wonk is still very much Wonk. World-renowned DJs do their stuff on three dancefloors: schlager, pop and house. Sip a Sex on the Beach, join in the Karaoke, try out the strippers pole and make yourself at home. PS: Free entry for drag queens.