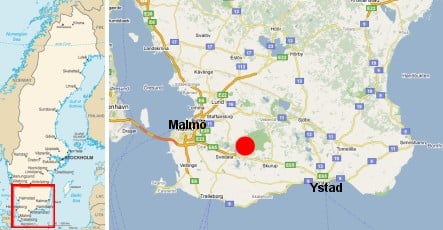 “The bed shook for about 20 seconds,” Helsingborg resident John O’Leary told The Local.

O’Leary said the quake woke him at about 6:20am and that the shaking knocked over several items in his apartment.

Uppsala University seismologist Reynir Bödvarsson estimated the quake measured between 4.5 and 5.0 on the Richter scale.

“It was likely felt in much of southern Sweden. For Sweden, this is a very strong quake,” Bödvarsson told the TT news agency.

Seismologists in Sweden estimate the quake’s epicentre was located 18 kilometres underground, beneath a point about one kilometre east from Malmö’s Sturup Airport, located about 30 kilometres east of the city.

According to the US Geological Survey, the earthquake had a magnitude of 4.7, which would make it the strongest earthquake to hit Sweden in more than 100 years.

Back on October 23rd, 1904, an earthquake with an epicentre near the Koster Islands off Sweden’s west coast reached a magnitude of 6.0 on the Richter scale.

Much of the Baltic region, including southern Sweden, was rattled in 2004 by a 5.3 magnitude quake with its epicentre in the Russian enclave of Kaliningrad on the south shores of the Baltic Sea.

Tuesday’s tremor was felt primarily by residents in Skåne. People living in Malmö reported feeling strong tremors and buildings throughout the city shook.

“It’s not dangerous for people, but there certainly may be some cracking in the facades of buildings,” said Bödvarsson.

“I’ve never been so scared in my life,” said Tina Morris, who resides in Skurup, about 40 kilometres south east of Malmö.

“The roar of the quake was horrible, but it was the bed shaking that woke me up. I could hear the plates and glass rattling downstairs.”

Residents in Blekinge, just east of Skåne, also reported feeling the ground shake beneath them.

Danish news agency Ritzau also reported that the tremor was felt in Copenhagen and other parts of northern Själland in Denmark. 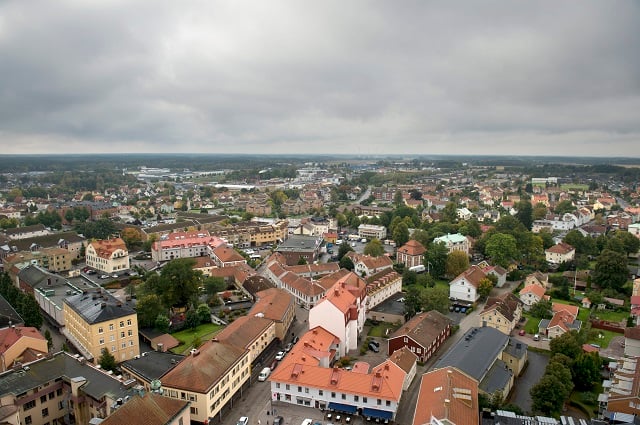