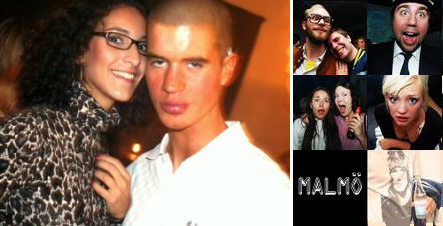 Are you looking for a night out with a glass of red wine and some nondescript lounge music? Then Backlash is not for you. Everybody else can celebrate the fact that Staffan (Drama!) has started a club where dance takes centre stage. The music is untz in its purest form: messy electro, noisy techno, and powerful ghetto. Reclaim the dance floor!

Get laid or die tryin’

Entertainment journalists Cajsa, Josefin and Tara focus mainly on top pop at their fantastically named club Get laid or die tryin’. According to the ladies however, the credibility level drops as the evening wears on. Prepare to flip out to embarrassing songs and get involved in rock-the-boat games toward the small hours. Hey, see it as a good warm-up for all the frightful stuff you’re going to get up to later on at the after-party.

Montt Mardié, Gaby and the Guns, and Lorentz & M.Sackarias will each be playing one of their own songs as well as an interpretation of a Christmas standard.

The club Kartellen is held in the foyer of Inkonst, and where better than these premises form the 1920s to mix an old-fashioned freak show with modern club culture.

There was quite a fanfare when gay club Wonk Deep moved into the new surroundings of A2. But have no fear: Wonk is still very much Wonk. World-renowned DJs do their stuff on three dancefloors: schlager, pop and house. Sip a Sex on the Beach, join in the Karaoke, try out the strippers pole and make yourself at home. PS: Free entry for drag queens.