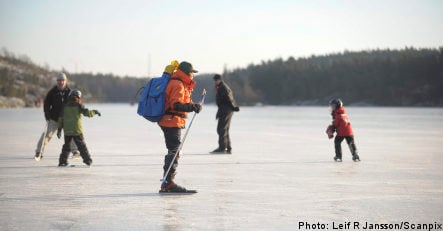 New Year’s Eve will reward revellers with clear skies and good visibility for traditional firework displays in most of Sweden’s cities. Only in the southern province of Skåne will clouds interfere with celebrations.

“There will be some cloud pulling in over Skåne on Wednesday. So there won’t be optimal visibility,” said Anna Österman at SMHI to local newspaper Sydsvenska Dagbladet.

A front of bad weather will push in over the north of the country early on New Year’s Eve bringing with it snowfalls in highland areas. Cities along the north coast of the Gulf of Bothnia will have mostly clear skies and temperatures could push below -10 as the evening progresses.

The cold air is expected to push in over most areas of the country bringing with it calm weather, clear skies and low temperatures as Swedes prepare to wave farewell to a tempestuous 2008.

“It will be quite cold, with temperatures several degrees below zero. But no precipitation is expected and it shouldn’t be too windy,” according to Anna Österman at SMHI.

The west coast will be slightly warmer with temperatures hovering above zero, with isolated patches of fog and cloud expected.

Central Stockholm is forecast to experience clear, cold weather with some cloud pushing in as the clock counts down into 2009.

The New Year will see much of the same with clear skies over much of the country on New Year’s Day and some snowfalls in highland areas.