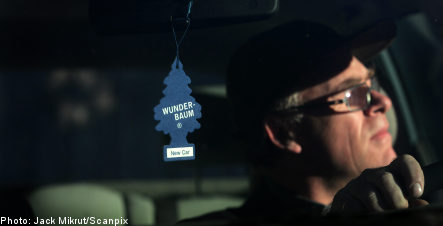 Wunder-baum, a popular brand of car air-fresheners, reports that its classic pine-scented top seller has been overtaken by a tree-shaped freshener impregnated with the scent of new cars.

“It is basically the market leader in Scandinavia. This ‘tree’ has a bright future,” said Daniel Niklasson from Yngve Niklasson AB, a distributor of Wunderbaum products in Sweden to Sveriges Radio.

At the same time as sales of the scent of new cars is booming, the sales of vehicles continued their decline in December and demand is forecast to weaken further in 2009.

According to preliminary figures from trade group Bil Sweden, the number of newly registered cars in Sweden declined by 17.3 percent in comparison with 2007 to 253,759 vehicles. The group forecast sales of 185,000 cars in 2009.