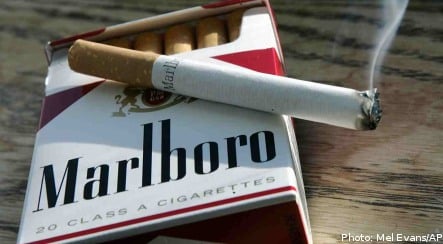 he tobacco industry has in vain been fighting the new EU directive, set to come into force in Sweden and across the EU in 2010, writes news agency TT.

The new cigarettes will be made from paper that extinguishes the cigarette if it is left unattended.

“A third of fire fatalities are caused by smoking. We hope to cut them in half,” Björn Albinsson, a fire engineer at the Swedish Civil Contingencies Agency (MSB).

Finland will be the first EU country to introduce the new regulations, in April 2010.

The self-extinguishing cigarettes have existed for several decades but have been resisted by the tobacco industry who argue that smokers should instead stop smoking in bed and install a fire alarm. The industry has also argued that the cigarettes taste differently.

Albinsson told TT that the main reason for the industry’s opposition is that the new cigarettes are more expensive to manufacture.

According to EU statistics over 14 EU countries 2,000 people die in the union per year in fires caused by smoking.