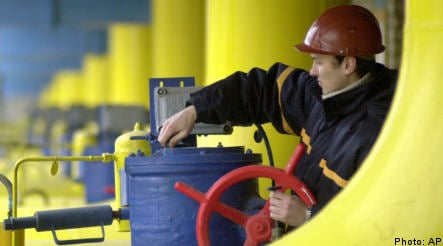 The Arbitration Institute of the Stockholm Chamber of Commerce (SCC Institute) could neither confirm nor deny the reports.

“These processes are classified according to our regulations, so we cannot say anything. But we deal with a lot of cases here in Stockholm which involve Russian and Ukrainian parties, so sure this type of case does arise here,” said the institute’s secretary-general Ulf Franke.

On New Year’s Day, Russian state-owned energy giant Gazprom forbade Ukraine from using gas transported to and through the country alleging that the Ukrainian state-owned company Naftogaz had not paid its bills. The parties also disagree over the price to be applied from the beginning of 2009.

According to German newspapers Die Welt and Tageszeitung, Gazprom has expressed a wish for the dispute over payment to be settled by the SCC Institute and that the Ukrainians have responded with a counter application.

Gazprom maintains that there remains 614 million kronor ($80 million) outstanding for gas that Russia has already supplied. Ukraine has rejected these claims.

Gazprom’s customers in Poland, Romania and Hungary have started to complain over the low pressure in their pipes, which traverse Ukraine, and that they have not received the amounts of gas stipulated under existing contracts.

In the meantime both Gazprom and Ukraine are working hard to persuade the Europeans that they are the innocent party in the dispute.

The EU will consider the issue later on Monday with a meeting of ambassadors in Brussels.