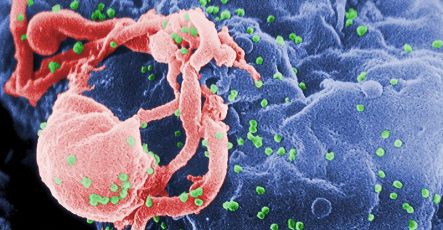 Individuals with high levels of the molecule, of the carbohydrate-based blood group known as Pk, were found to exhibit a much greater natural resistance to HIV infection, while those lacking the molecule were more easily infected by the virus which causes AIDS.

“We found dramatic difference. If you don’t have the molecule, it can be up to 1000 times easier to become infected by HIV. Those who have high levels of the molecule are more or less resistant [to the virus],” said Martin L. Olsson, a doctor at Lund University’s Faculty of Medicine, to the TT news agency.

There are many more ways of grouping blood in addition to the well-know ABO and Rhesus systems.

While one’s Pk-level can be used as a way to classify one’s blood-type, the grouping isn’t used routinely today.

Pk-levels vary from person to person, which may explain in part why susceptibility to HIV infection varies so much within the population.

Approximately one in every million people is thought to have high enough Pk-levels to be considered resistant to the HIV virus.

Olsson believes the discovery will lead to new treatment for HIV and AIDS.

One possible use is to raise levels of the molecule or increase an individual’s ability to create it among those who have been exposed to HIV in order to reduce the risk of an infection taking hold.

“There actually is a molecule which has been developed by our Canadian partners which in principle is a loose variant of the molecule. In cellular trials they’ve applied it and seen that it hinders the infection,” said Olsson.

The discovery may also be used to diagnose which people have high or low risk of being infected by HIV.

According to the researchers, their findings mark only the second discovery of a natural form of resistance against HIV.

Unlike the earlier discovery, however, the Pk-based method applies to all known variations of the HIV virus.

The results of the study were published on Monday in Blood Journal.