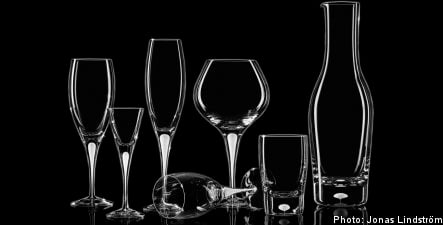 “It is very sad that we once again need to carry out a major staff reduction, but we have no other choice than to take cost-cutting measures and adapt production to the lower sales volumes that exists on our market,” New Wave Group president and CEO Göran Härstedt said in a statement.

“My hope and belief is that we through these measures can achieve an acceptable profitability and thereby ensure continued Swedish manufacturing of high quality glass products.”

The staff reductions, which will affect workers at the Orrefors, Kosta, and Åfors plants in southern Sweden, are expected to save the company about 200 million kronor ($24.7 million) annually, starting in 2010.

According to the company, the glass industry is in a global crisis with demand for the specialty products having dropped precipitously.

Despite tough times, the company has no plans to shutter any of its glass plants completely as some of its competitors have been forced to do.

“We must secure the brands and the Swedish glass production’s survival by means of constantly adapting to the market and perform better than our competitors, but it is extremely sad and disappointing that this unfortunately leads to so large staff cuts,” said Torsten Jansson, the primary owner and chairman of New Wave Group, in a statement.

The cuts come just weeks after the company said it had been in discussions with government officials over nearly 60 million kronor in emergency assistance in the form or loans and financing guarantees.

“I can’t rule out that we may be forced to enter OKB into bankruptcy proceedings,” Härstedt told the Dagens Industri newspaper at the time.