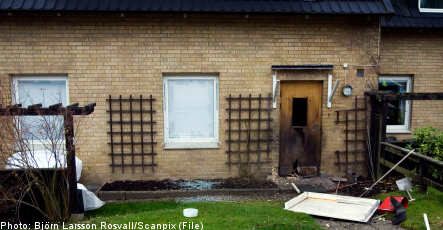 But he won’t say who gave him the order to carry out the attack, writes the Sydsvenskan newspaper.

“His security would be as good as gone if he did,” said the man’s attorney, Rune Johansson.

The attorney confirmed that there is DNA evidence linking his client to the crime. The 25-year-old is said to have given an explanation for the evidence, confessed his involvement, but denied the criminal charges against him.

“He says he played a minor roll and didn’t have any idea of what was going to happen. He could have possibly understood that it wasn’t totally legal, but he knew nothing about whether someone would be injured or scared and who that person was,” said Johansson.

Prosecutors allege that the 25-year-old’s friend was set to become a member in a criminal gang if he helped scare Jönsson into silence through the bomb attack, which took place in November 2007.