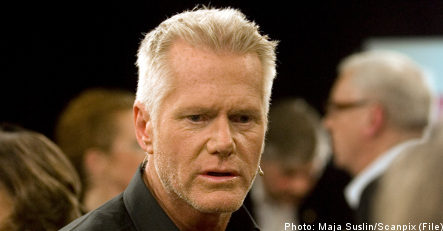 He called the figure a “fantasy sum” and vowed to appeal the ruling by the Stockholm County Administrative Court (Länsrätten).

He contends the figure was simply cobbled together by staff at the Tax Agency.

“If I sold refrigerators, none of this would have happened. It’s only because I’m involved with pornography,” he said.

“They can’t handle that I manage a pornography company in a legal manner.”

The investigation of Milton’s tax arrears has dragged on for the past decade.

The largest part of the lengthy judicial process has been centered on determining whether Milton is required to pay taxes in Sweden, since he has operated his company from his residence in Spain since the late 1980s, according to the newspaper.

“If he doesn’t pay, it’s then up to Kronofogden to bring it in,” tax supervisor Liv Arvidsson told Aftonbladet, referring to Sweden’s national debt collection agency.

Milton’s attorney, Börje Leidhammar, plans to formally appeal the ruling later in the spring and expects a new round of oral arguments in front of the appeals court sometime in 2010.

ENVIRONMENT
What you need to know about Sweden’s new plastic bag tax
Url copied to clipboard!