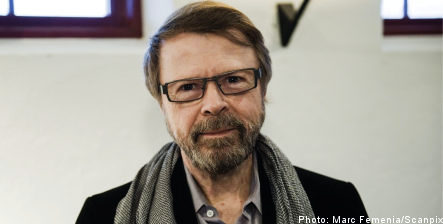 Ulvaeus on Tuesday slammed supporters of The Pirate Bay who “speak with trembling voices about their ‘freedom’ on the internet.”

Writing for Swedish opinion website Newsmill, Ulvaeus said the file sharing site’s fans were fighting for “the ‘freedom’ to be lazy and stingy”.

The co-producer of the smash hit Mamma Mia movie also lambasted file sharers of copyrighted material for portraying a David and Goliath scenario, in which greedy movie and record industry bosses engage in the wanton exploitation of defenceless consumers.

“But anything they steal was once one person’s idea, a single little person. They don’t want to talk about that,” he writes.

Ulvaeus also wondered why it was “so damn hard to understand” that an idea would only see the light of day if copyright holders and their financiers knew they stood a chance of getting paid for their work.

Ulvaeus, who is a regular contributor to the opinion pages of Sweden’s newspapers, concluded by asking readers to set aside legal wranglings for a moment to ask themselves the question:

“Is it really so damn difficult to pay your way?”