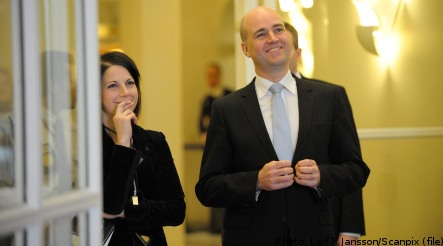 “The gap is not impregnable,” according to Novus analyst Arne Modig.

Mona Sahlin’s Social Democrats gained 36.7 percent of those surveyed, which is the party’s lowest result since the election in September 2006. The 2.1 point decline is not however statistically significant.

The tripartite opposition maintains a 7.4 percentage point lead over the Alliance government however.

“The survey shows a clear swing in opinion. The opposition retains a clear lead but the gap is not impregnable as I see it,” said Arne Modig to the news program TV 4 Nyheterna, which commissioned the poll.

The Christian Democrats claimed only 3.4 percent support in the poll, below the four percent threshold required to claims seats in parliament.

The far-right Sweden Democrats have the support of 4.1 percent of the electorate according to the new poll.