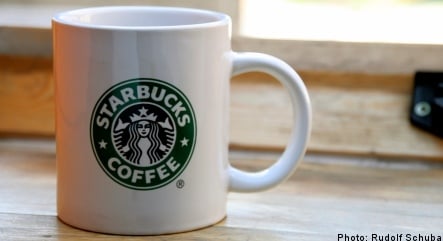 Arman Najafpour runs the Starcups café in Gothenburg’s Linnéstaden neighbourhood and can’t understand why the American coffee shop chain might have a problem with his café.

“Starcups is a totally different thing,” he told the Göteborgs-Posten (GP) newspaper.

“I’ve had the name registered here in Sweden and there are certain rules that apply. I’m never going to back down.”

Najafpour already turned down a modest $2500 offer from Starbucks to change the name of his café.

“It’s a matter of principle for me,” he explained.

“A company from the United States earning billions can’t come and knock down a sole proprietor in Gothenburg. They ought to be ashamed.”

In its lawsuit, Starbucks alleges that its name and Starcups “sound nearly identical” and that the logo Najafpour has chosen for his café is strikingly similar to the Starbucks trademark.

The choice of the Starcups name as well as Najafpour’s decision to have a round, green Starcups logo can hardly be a coincidence, Starbucks claims.

“It’s not true, absolutely not,” counters Najafpour, whose logo features a coffee cup rather than a woman at the centre.

“Starcups is my thing, I don’t care at all about Starbucks.”

But the prospect of facing down Starbucks in court doesn’t bother the owner of Starcups.