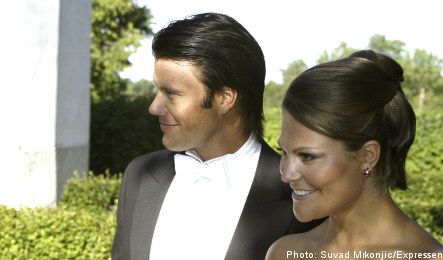 “It will be great for Sweden, Pamela Andersson, editor of Queen Magazine, told The Local.

“I really sense that people are happy about this. Coming to work this morning you could sense the excitement on the streets.”

It was early on Monday morning that Swedish tabloid Expressen splashed with the news that the Royal Family planned to make a public announcement about the engagement later in the day.

The unconfirmed report, which spread quickly throughout the Swedish media world, said that the 31-year-old princess would likely walk down the aisle in 2010.

Confirmation of the impending nuptials came from the Royal Palace around 2pm on Monday.

“The timing is great,” said Andersson, pointing out that 2010 marks the 200th anniversary of the House of Bernadotte’s rule of Sweden.

“It’s going to be a huge wedding. What better way to celebrate the 200th anniversary than with a royal wedding.”

Andersson estimates that the wedding will have a guest list with well over 1,000 people and involve three days of celebrations and ceremonies featuring representatives from all of Europe’s royal families, neighbouring heads of state, and “all of official Sweden”.

And Andersson didn’t expect the current financial crisis to put a crimp on the celebrations.

“I don’t think we’re going to see a low budget wedding because of the financial crisis. This has been expected for a few years now and there is already money set aside in the budget,” she said.

“When it comes to Swedes and money, I’m not afraid that we will spend too much.”

Andersson expects Victoria and Daniel to be married in Stockholm’s Storkyrkan, just as King Carl XVI Gustaf and Queen Silvia were in 1976.

“People have been waiting for this for a long time,” she said.

“We’ve stood by while our Scandinavian neighbours have had wedding and births, but things have been pretty quiet here.”

While some observers have wondered whether the King and Queen would welcome a commoner like Westling into the royal fold, Andersson said that the Swedish public has never had a problem with his background.

She cites a 2008 study by Queen Magazine which found that 86 percent of Swedes didn’t think there was a problem with Victoria marrying a commoner.

The same study also revealed that 54 percent of Swedes think Westling would make a good prince.

Nevertheless, Westling, a successful entrepreneur, will need to be cautious about how he approaches his private business affairs once he marries the Crown Princess.

“There is concern that if he doesn’t wind down his companies that may give rise to criticism,” said Andersson.

“There is no law against a royal having private business on the side, but there is resistance to a member of the royal family running a business since it could give him an unfair advantage.”

Still unsettled is the question of what Westling’s title may be.

“The King can hand out titles like prince and princess,” said Andersson, adding however, that she is not aware of the King’s exact intentions.