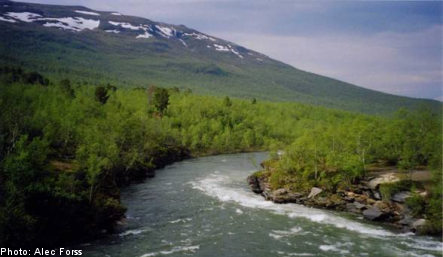 Created under the provisions of the Nature Protection Act of 1909, the first set of nine parks in Sweden paved the way for the establishment of national parks across Europe – today numbering several hundred – which millions of people rely upon for recreation, as well as nature for its protection.

Today Sweden has 28 national parks stretching the length of the country and representing a diversity of landscapes, ranging from the tiny, bucolic Ängsö in the Stockholm archipelago, to the vast, glacier-studded Sarek in Sweden’s far north-west, the borders of which could comfortably encompass the city of Stockholm five-times over.

Sweden’s national parks are also increasingly becoming an attractive destination for foreign visitors, who are lured by the promise of wild spaces and pristine nature – in short supply in much of the rest of Europe.

Whereas only one new national park has been created in Sweden in the past ten years, the Swedish Environmental Protection Agency – tasked with managing Sweden’s national parks – envisages the further creation of 13 new parks to bring the total to 41 over the next couple of decades. This will bring the proportion of land in Sweden under protection, including existing nature reserves, to 11.5 percent – an area larger than Denmark.

While conservationists are jubilant about the expansion of the country’s park network, not everyone is happy with the strict regulations that are implemented with the establishment of national parks. Some protected areas provide secure havens for large predators such as wolverines that prey upon the reindeer of the indigenous Sami population. Parks also place restrictions on fishing and hunting rights as well as forbidding all mining and development.

Nevertheless, one century after Sweden’s landmark act created the continent’s first national parks, the continued safeguarding of the country’s most beautiful landscapes for both present and future generations to enjoy would seem assured.

National Parks in the Spotlight:

Abisko in northern Lapland is one of Sweden’s smallest yet oldest national parks and is the starting-point of the country’s most famous hiking trail, the Kungsleden. The railway line from Stockholm to Narvik passes the entrance to the park on the shores of Lake Torneträsk making it easily accessible. Suitable for day hikes as well as longer overnight hikes, it features mountain massifs as well as an impressive river canyon. It also has the added attraction of being one of Sweden’s sunniest places.

Sarek is located in the far north-west of Sweden and some regard it as Europe’s last wilderness. Unusually alpine by Swedish standards, several peaks soar to over 2,000 metres and the park also contains many glaciers. The majority of the park is difficult to access with no accommodation, no marked trails, and few bridges, therefore only being suitable for experienced and self-sufficient trekkers. Despite the effort involved in visiting the park, those who do will experience some of the finest scenery anywhere in Europe. For those wanting a sneak preview, the Kungsleden passes the south-east corner of the park with the village of Kvikkjokk being a convenient starting-point.

Padjelanta adjoining Sarek is Sweden’s largest national park. It mainly consists of a high plateau where the mountain Sami have their summer reindeer pastures. Large lakes also dominate the park with the jewel in the crown Lake Virihaure reputed to be Sweden’s most beautiful. Those who make it here follow in the pioneering footsteps of Linnaeus, the famous naturalist, who made a study of the park’s rich plant life nearly three centuries ago. The 150 kilometre Padjelantaleden runs through the park with overnight hut accommodation available, Kvikkjokk and Ritsem being the start and/or endpoints of the trail.

Skuleskogen is located on Sweden’s High Coast just off the E4 highway. The park has been shaped by glaciation and is characterized by stony peaks rising from the sea separated by ravines. The land is still rising here at a rate of nearly 1 cm per year – having risen nearly 300 metres since the ice age – making it one of the world’s foremost examples of land uplift.

Tyresta is located just a stone’s throw from the city centre of Stockholm and is easily accessible by public transport. Containing some of southern Sweden’s only tracts of primeval forest, with some trees over 400 years old, it is suitable for day walks and is a popular place for picnics in the summer. There is also a visitor centre which hosts a display about the park as well as providing information on all the country’s national parks.