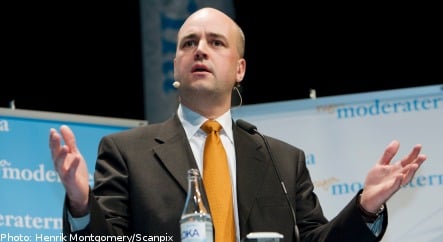 Despite the buoyant figures a dark cloud hovers over the Alliance government as coalition partner the Christian Democrats remained under the 4 percent threshold for claiming parliamentary seats.

The Sifo poll, published in several newspapers on Sunday, shows that the Moderates, with 31.1 percent, are at their highest level of support since 1997 and increased by 4.9 percentage points since February.

The figure indicates that voter support for Fredrik Reinfeldt’s Moderates has climbed by 10 points over the past six months.

While the Centre party held their support at 6.6 percent, the Liberal (Folk) party declined by 2.1 percent to 6.3 percent and the Christian Democrats came in at 3.3 percent.

The gap between the Alliance block and the red-green opposition was in February 7.1 points, in the March poll this had declined to just 3.3 points.