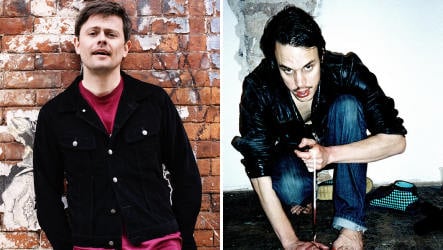 Asked whether Swedish men were more masculine than their counterparts in other countries only 9 percent of Swedish women felt this to be the case. 19 percent said Swedish chaps were less masculine, though the overwhelming majority (65 percent) said they were neither more nor less masculine than foreign fellows.

Swedish women also like their mates to stand up straight and be counted. Asked to choose between five alternatives, 33 percent of women found slouched shoulders and poor posture to be the least attractive physical qualities in a potential partner.

28 percent said overweight partners were a no-no, while 18 percent ruled out partners with feminine features, 8 percent disliked scrawniness and 0 percent found masculine features to be a turn-off. The ‘None of the above’ and ‘don’t know’ options made up the numbers.

Moving away from the physical side of things, both men (44 percent) and women (43 percent) listed ‘a good sense of humour’ as by far the most attractive quality in a partner.

Very few respondents considered job success to be the top draw in a partner: 2 percent of women and 1 percent of men.

Both women and men were also asked which type of man they found most attractive. A lot of men chose to skip this question but on the whole those who did answer agreed with the replies of their female compatriots, who responded as follows:

– The James Bond type in a tailored suit: 18 percent.

– The slightly chilled out type, “like actor Rolf Lassgård”: 6 percent.

– The tough muscle mountain, “like Sylvester Stallone in the Rambo movies”: 3 percent.

7 percent of respondents had somebody else entirely in mind, while a further 7 percent couldn’t make up their minds.

The internet-based study was carried out by YouGov on behalf of MBT Shoes. The polling agency received responses from 1,003 people aged 15-64 and spread across the country.