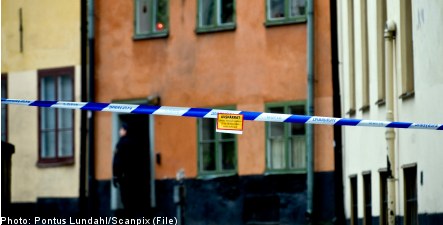 The court’s decision to drop the charges was motivated by lack of sufficient evidence.

She was suspected of hiring a 41-year-old bouncer to kill the two individuals, her ex-husband and his new girlfriend. The male bouncer has already been detained on suspicions of two counts of attempted murder.

Formal charges are expected to be filed against him by May 7th.

Both suspects have denied involvement in the shooting outside of a school in Stockholm’s historic Gamla Stan disctrict.

The man was seriously injured, while the female victim sustained mild injuries.

The 39-year-old’s lawyer Claes Borgström was not surprised that his client was released.

“It was expected. I think that new information would have had to come forth and that didn’t happen. That was the impression I had yesterday after interviewing her. My opinion was shared by the district court,” he told TT.

According to Borgström, there has been no new evidence to contradict the woman’s innocence.

“The case against her was already incredibly weak to begin with,” he said, adding that his client was extremely relieved at the decision.

But according to Prosecutor Rolf Hillegren, there is new information indicating the woman’s guilt. “Otherwise I would have released her myself and not requested remand,” he told TT.

TT asked Hilldegren is there was anything connecting the woman to the shooter.

“We’re working on it,” said Hillegren.

On Tuesday last week, a man fired several shots at a couple outside of a school. According to witnesses, the shooter waited for his victims, and after the incident, he fled on a yellow moped that was found in central Stockholm almost a week later.