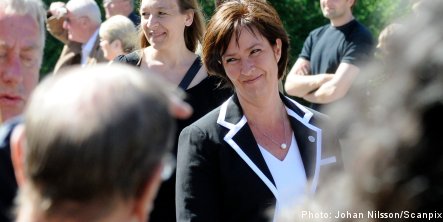 “Unemployment benefits should be 80 percent,” Sahlin said, adding that it was a promise, not a threat, and that it should also apply to 80 percent of employees.

Another promise, not a threat, was that the Social Democrats would raise the issue of taxes in the election campaigns next year.

In her speech in Lund, she promised to ensure that pensioners would not pay higher taxes than wage-earners.

The labour market crisis is global, and cannot be blamed on Fredrik Reinfeldt, Sahlin continued, but she said the Swedish prime minister’s government is guilty of talking rather than acting.

“And how’s it going on the job front? That’s the issue that will determine the election,” she said to thunderous applause.

She claimed that her party, on the other hand, is not just complaining, but is following the lead of several economists and the National Institute of Economic Research: propose measures and programmes that can stimulate the economy.

A little into her speech, in front of a large audience at Folkets Park in Malmö, a spectator threw pieces of chocolate at Sahlin, who was on stage.

She was momentarily interrupted, but quickly regained her compsure and continue to talk about education and jobs for young people.

“This guy also has the right to an education,” Sahlin said while security guards escorted the man who had thrown chocolate at her away.

Police preliminarily estimate that at least 3,000 people participated in the Social Democratic march through central Malmö, from Stortorget to Folkets Park. The organisers reported a figure closer to 4,000.

Police also said there were more demonstrators than in the past few years. 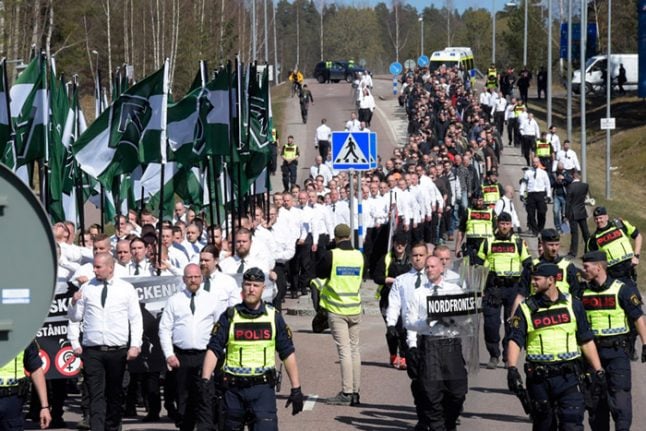 NAZIS
Anger in Sweden over neo-Nazis’ May Day march