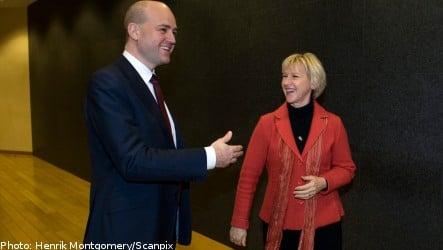 “They have got involved, attended all the meetings and taken an interest in a different way,” Wallström told Svenska Dagbladet.

Wallström pointed out that the Swedish prime minister Fredrik Reinfeldt has a tough task ahead when Sweden assumes the EU presidency on July 1st.

But Wallström pointed out that the Swedes have a good reputation in Brussels and the engagement shown by the Alliance government ministers so far bodes well for a successful presidency.

Wallström underlined that the Lisbon treaty is the biggest challenge facing the EU this autumn. Other challenges to be overcome during the Swedish presidency include the Baltic Sea strategy, threats posed by climate change and the Stockholm programme.

Wallström is one of the Social Democratic party’s most popular personalities. She recently indicated that she does not plan to have a public role within the party when she leaves her EU post in the autumn.