Some parties list a few candidates, while others flood the ballot with dozens of names, even though there is little chance of any single party gaining more than half a dozen seats or so.

With the exception of the Social Democrats and the Moderates, most parties will be lucky to receive enough votes to send more than one or two candidates to the European Parliament.

Nevertheless, you can see the names of all the candidates listed from all the parties running by clicking here to visit the section of the Swedish Election Authority’s website dedicated to the European Parliamentary election.

Of course, if you find yourself craving more details about any particular party or its priorities, feel free to visit their respective websites for more information.

Next: Riksdag Parties (from left to right)

1. The European Parliament in 30 seconds or less

4. How do I vote and how does the election work?

6. But what do the parties in Sweden actually want to do?

6 b.   Other parties to watch (in no particular order)

Back to the Election Guide main page

EUROPE
Pirate Party to sit with Greens in European Parliament 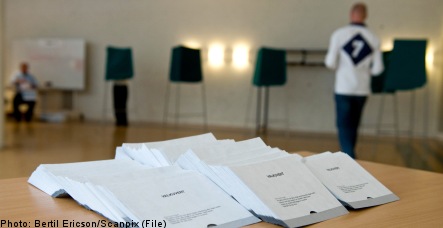 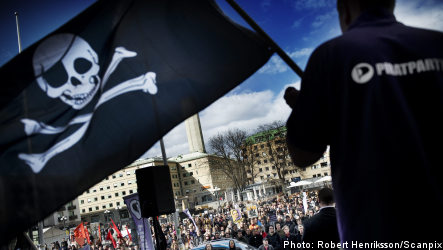 The party, which wants an internet filesharing free-for-all while beefing up internet privacy, won 7.1 percent of Sunday’s votes, taking one of Sweden’s 18 seats in the EU Parliament.

“It’s fabulous political recognition,” 37-year-old founder Rick Falkvinge, an information technology entrepreneur, told AFP. “And it hasn’t come from the ‘establishment,’ the mainstream voters. It has come from the ground, the citizens, and it feels great.”

Founded in January 2006, the Pirate Party has attracted largely young, tech-literate males angered by controversial laws adopted in the country that criminalised filesharing and authorised monitoring of emails.

Its membership trebled within a week after a Stockholm court in April sentenced four Swedes to a year in jail for running one of the world’s biggest filesharing sites, The Pirate Bay.

With 23.6 percent of votes among under 30s, and 70 percent of them male, according to pollsters, the party has leapt from nowhere to the top of the table among a generation broadly characterised by political apathy.

“The old politicians don’t understand…,” added Falkvinge. “They see these issues as an isolated problem — they function far from the keyboard, and are not (digitally) connected.”

He claimed that state surveillance rights “threaten a way of life for a generation who have gone to the ballot boxes to defend” the technological freedoms they have grown up with.

“They are seen as a protest party because they refused to be drawn on great areas of debate such as equal opportunities, taxation or pollution,” Bjereld said.

“They have concentrated on themes close to their heart and left the other parties to slug it out on other questions.”

Many members say they joined because they fear a “Big Brother” society.

The party also wants to do away with the lucrative system that grants major drug companies’ exclusive patents.

However, Bjereld was at pains to stress these developed world ‘pirates’ should not be classed among extremists, arguing such voters represent a new class of liberal.

He predicted that their elected member, Christian Engström, will sit in the parliament’s dual Brussels and Strasbourg chambers alongside mainstream liberals and greens.

It has picked up protest votes from left and right, but mainly mobilised those who normally bypass the ballot box, said the head of Sifo polling institute, Toivo Sjoren.

“If this party hadn’t been on the ballot paper, I simply wouldn’t have voted,” said Daniel Wijk, a 29-year-old website developer.

“These questions of protection of privacy and Internet freedom are what motivate me,” he added, articulating his anger at “policing” via modern communications technologies.

“We are not all criminals,” he said.

“The Pirate Party has taken advantage of a new cleavage in Swedish politics, about civil liberties, about who should have the right to decide over knowledge,” Bjereld told AFP on Sunday.

The Pirate Party, which has sister parties in 20 countries, also fielded candidates in Poland and Germany.

More than half of US adults used the internet to engage in the race for the White House, according to a study released in April.

Obama’s use of the medium to raise money and volunteers was a major factor behind his November 4th victory, numerous political analysts have said.