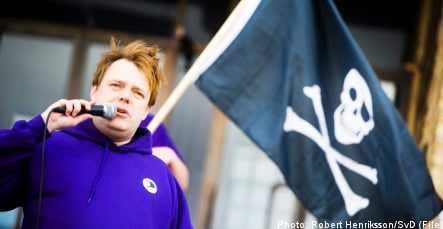 The study, carried out by researchers at the London School of Economics and Trinity College in Dublin, projects that the Social Democrats and the Moderates will likely increase their respective vote tallies by five percentage points compared with election results from 2004.

The increase in support would be enough to give each party an additional seat in the European Parliament.

The analysis, which was carried out in cooperation with the Burston-Marsteller public relations firm, also projects that the Pirate Party will command support from 8.5 percent of Swedish voters, allowing the party to send two MEPs to Brussels.

On the other hand, support has dwindled for the Left Party and Liberal Party (Folkpartiet), as well as for the 2004 election’s surprise underdog, the June List (Junilistan), which will likely garner enough support for no more than one place in the EU parliament.

The forecast was conducted using a statistical model developed by two British researchers and an Irish researcher which is based on existing opinion polls. However the model also takes into account that polls conducted prior to European Parliamentary elections often turn out to be wrong.

“It’s carried out by known and well-regarded researchers. As far as I can tell, this is the most credible forecast carried out ahead of EU elections,” said Ulf Bjereld, a Gothenburg-based political science professor, to the TT news agency.

“Opinion surveys before the EU elections usually overestimate large governing parties and underestimate small, critical parties. That’s why in their forecast for Sweden the authors give less weight to the Moderates and add weight to the Pirate Party.”

According to the forecast, the Social Democrats will likely receive six seats in the newly elected European Parliament, while the Moderate Party will likely end up with four seats.

The Pirate Party can expect two seats, while the June List, Liberals, Greens, Centre Party, Left Party and Christian Democrats will have one MEP each.

A separate Swedish study carried out by the Demoskop polling firm and published on Friday found the Pirate Party has support of 5 percent of the voters, enough for one seat in the European Parliament.