The internet access bans have come following complaints from American film companies that the university’s networks are being used to illegally download copyrighted material.

“We cut people off when we get a second notice,” said Linköping University IT-security specialist Johannes Haasmund to Sveriges Radio (SR).

But Haasmund admitted that the university doesn’t verify whether or not the file sharing actually involves copyrighted material, but instead takes actions based only on the complaints it receives.

According to Sweden’s new anti-piracy law, a film company wishing to block a user suspected of illegal file sharing via a commercial internet service provider (ISP) must submit the request to judicial review.

In contrast, universities connected to the Sunet university computer network can simply cut off access without any formal review.

Thorbjörn Wiktorin, who works with IT-security at Uppsala University, said his school takes swift action because it is a public institution, not a commercial venture.

He estimates about 100 Uppsala University students have had their internet access revoked since October, but added that improved behaviour can lead to a restoration of network access privileges.

But the universities’ actions have sparked outrage from Moa Neuman, head of Sweden’s association of student unions, Sveriges förenade studentkårer (SFS) who is concerned about the consequences a loss of internet access might have as the end of the academic year approaches.

“It can have consequences for students and their ability to complete their studies if they don’t have internet access, because that’s really important for a lot of students right now,” she told SR.

“It can also have consequences for how these students’ views about a just society.”

In reaction to the university’s decision to cut off internet access for students suspected of internet piracy, SFS has joined forces with the Pirate Party’s youth wing, Young Pirates, to demand that universities stop the practice. 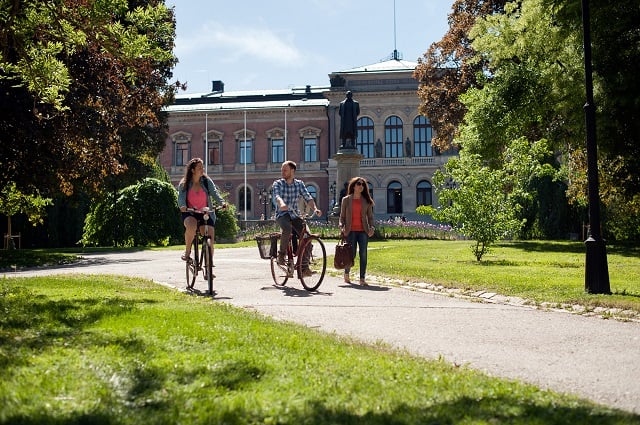 STUDENTS
Are you applying for Erasmus in Sweden? Here are ten crucial things to know