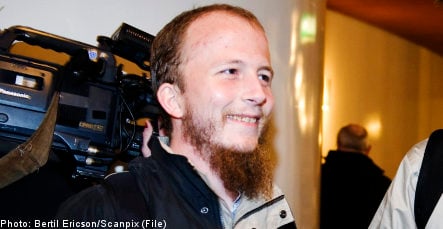 The “DDO$” plan was allegedly hatched by Gottfrid Svartholm Warg, one of four Swedish men convicted to jail sentences for running an illegal music downloading site, according to the Blog Pirate website.

The site urges Pirate Bay supporters to send extremely small sums of money to Danowsky & Partners, the law firm that beat him in the trial, in hopes that the resulting processing fees would bankrupt the firm.

Pirate Bay supporters started making payments hours after the plan was announced, according to Olof Roos of Danowsky & Partners, who says the firm has reported the matter to the police and views taking part in the scheme as “criminal.”

Moreover, said Roos, the scheme to overwhelm the law firm with payment requests may not be working as successfully as anticipated.

“I think we have now changed the number of the account to avoid further nuisance,” said Roos.

“We don’t see it as a tremendous problem, but it’s a nuisance. […] It’s a criminal act that you commit, it’s regarded as a criminal nuisance basically.”

Roos said whether individuals involved will be punished by authorities is “for the government to decide.”

The name DDo$ is a reference to DDoS, or Distributed Denial of Service. A DDoS attack saturates a website with traffic in a bid to shut it down, a famous example of which occurred in 2007 when the Russian government was accused of cyber-attacking Estonia.

The DDo$ attack orchestrated by The Pirate Bay’s co-founder is seeking to shut down the Danowsky & Partners using money rather than high volumes of internet traffic.

Gottfrid Svartholm Warg could not be reached for comment.