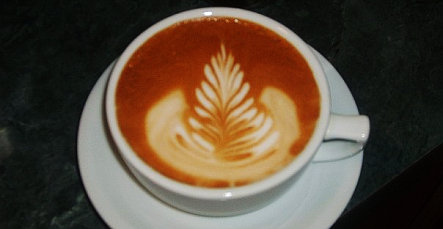 On a summer weekend Stockholm looks like it has been the victim of a plague that wiped out the entire population except for 15 museum guards and a handful of tourists wandering around with puzzled expressions on their faces and maps of Oslo in their hands.

Swedes have abandoned their capital and gone off to commune with Nature and heed rural sounds.

The evacuation starts on the first Friday in May as I watch the neighbours moving back and forth between apartment and car schlepping portable coolers, grills and huge cartons of tinned ham and herring. And beer. On Sunday night the operation is reversed, minus the beer.

I asked my neighbors why they went through this process of loading and unloading the car every weekend. ”To be in Nature,” they replied, throwing sympathetic looks at the plight of this poor foreigner, stranded in the city as though behind enemy lines .

Nothing–not herring nor aquavit–is as vital to the Swedish soul as escaping to an island populated by fewer than ten people who hide in the woods peeking out at the other nine from behind trees.

I first became acquainted with this Rousseau-ist mania when I was a student in Paris, where I had a room in the Swedish House of the Cité Universitaire. On Friday afternoons, we foreign students, wearing black turtlenecks and bearing the existential burden, would head for the cafes of Saint-Germain-des-Prés to smoke strong cigarettes and discuss Being and Nothingness.

But the Swedish students, burdened only with backpacks, headed for the train station. Grabbing one by the strap on his knapsack I invited him to join us.

“I am going to the forest. I must walk in Nature,” he said in a tone as desperate as Garbo’s when she moaned, “I want to be alone.”

“I want to look at flowers and birds. ”

Swedes know about flowers and birds. When asked to identify certain objects of nature, I answer tentatively: “Bird?” A Swede will assure you it’s a yellow-bellied thrush.

Wishing to observe at first hand the object of all this passion, I accepted an invitation to spend a weekend with my neighbours at their country idyll somewhere in the paisley map of islands of the Stockholm archipelago. Visions of a lazy day in a hammock with a book vanished when, right after breakfast, the first of several walks in the woods was proposed.

Here is what I learned about Nature:

Nature provides no benches for resting on when you’re ready to collapse after hours of tramping about in a semi-crouch to find 12 wild strawberries.

Nature does, however, provide pollen that makes you sneeze and bugs that make you itch.

Worst of all, in Nature you can’t get a latte.

Here’s my dirty little secret. I like cities. I decided never again to leave the urban jungle to return to that state of nature that human genius spent thousands of years struggling its way out of.

And when my neighbours return at summer’s end and parade their bronzed bodies before my pale eyes, I’ll try not to look smug when I tell them I spent the summer on my sofa reading Proust.

A version of this article originally appeared in Vis.A.Vis magazine.

PARTNER CONTENT
Winter getaways: the stunning Swedish region with something for everyone 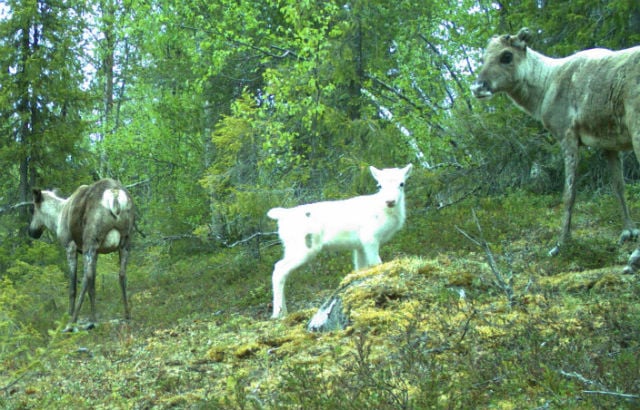 The calf is staring intently at the camera. Photo: Swedish University of Agricultural Sciences
Tim Hofmeester, a Dutch nature researcher based at the Swedish University of Agricultural Sciences (SLU) in Umeå, said that the animals frequently spotted cameras and came to investigate them.
“We just hang them on a tree so you can easily see them,” he said. “You can try to hide it, but animals will always notice if there's a change to their environment.”
Hofmeester leads the 'Scandcam' project, a joint venture between SLU and the Norwegian Institute for Nature Research, which uses camera traps to study mammal groups in Sweden and Norway.
Earlier this month, he posted a picture of a rare white reindeer taken near Lainio, a village in the far north of Lapland.

Last year, I was running a camera trapping project up in Norrbotten. One of the sites close to Lainio was frequented a lot by #reindeer. This is the perfect time to see small calves like this very white one! @_SLU #CameraTrapTuesday #Scandcam pic.twitter.com/RTd86OPd6m

He said that while some cameras only take a few photos a month, the camera in Lainio was taking hundreds a day.
“It was part of the range where the reindeer were feeding in the summer, so they were often walking through,” he said. “I couldn't tell you how rare they are, but we haven't had that many white reindeers on the camera.”
The cameras are fitted with infra-red movement sensors and take ten pictures in quick succession if an animal passes. If there is still an animal there after the pictures have been taken, the cameras then take a further ten pictures.
Here you can see a lynx investigating a trap to see what it was.

Last year a curious cat visited one of my camera traps. I placed it on a small trail halfway down a cliff as months of staring at tracking data told me that that was what lynx select for. It worked as this was the only animal passing in three months time! #CameraTrapTuesday @_SLU pic.twitter.com/GjNT01BR4d

…here is a curious elk.

Slowly but steadily everything is waking up in northern Sweden. The moose are migrating towards their summer range encountering some cameras on the way. #CameraTrapTuesday @_SLU #Scandcam pic.twitter.com/WQeMECVIr7

And finally, a red deer investigates.

This #reddeer says hi! It is clear that some animals are curious towards cameras while others shy away. What is less clear is how this influences inference from camera trap data. @_SLU #Scandcam #CameraTrapTuesday pic.twitter.com/6glDSQf8DM

Hofmeester last December decided to post up a photo taken by the project each Tuesday.
“I saw the images and thought it would be nice to get them out there, so I started Camera Trap Tuesday,” he said. “It's just have these images somewhere outside of our computers, where each image just becomes a number on a table.”
Last Tuesday, he posted a picture of a hare taken during a project to investigate the impact of forest fires on wildlife, distributing cameras around a tract burnt in 2006.

You wonder what this mountain hare was thinking when it was overlooking its home. The nice thing with the midnight sun in northern Sweden is that we get colour images even in the middle of the night (this picture was taken around 2am). #CameraTrapTuesday #Scandcam @_SLU pic.twitter.com/Py2nM5NkhS

Here is a badger nosing its way through a patch of new growth on top of forest which was burnt out last year.

The days are becoming very long here in the North, which means that we get colour pictures throughout the day. Here a #badger foraging in a previously burned forest site. #CameraTrapTuesday @_SLU #Scandcam pic.twitter.com/bznerJg5fH

Here's a hare enjoying the spring.

All the snow is gone and it feels like summer with temperatures +20 degrees Celsius. However, the #mountainhares are still moulting to their summer coat leaving them exposed to predators. #camouflagemismatch #CameraTrapTuesday @_SLU @NINAforskning #Scandcam pic.twitter.com/HuNruGtJZD

And here is a lynx.

A couple of days ago we went down a very steep hill towards a wildlife trail regularly use by lynx. I wonder if roe deer dare to walk there! #Scandcam studying predator-prey interactions in Hedmark @NINAforskning @_SLU @gaupejohn #CameraTrapTuesday pic.twitter.com/ToR9tQKqO1 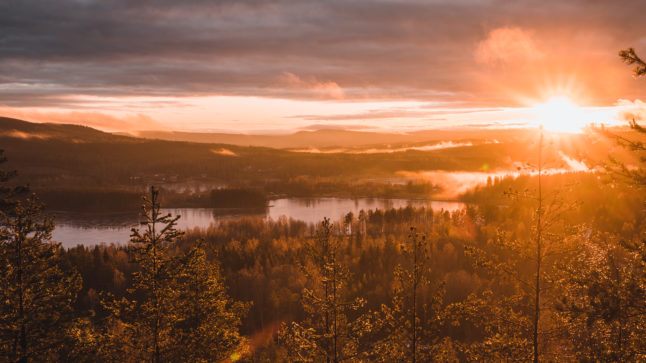 PARTNER CONTENT
Discover Dalarna: the Swedish region that will revive your spirits
Url copied to clipboard!