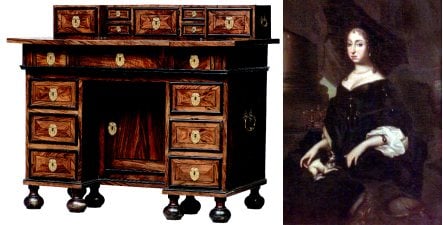 The winning bid of 660,000 kronor ($87,000) for the unique historical artifact was submitted to the Uppsala Auktionskammare auction house by an unnamed Swedish collector.

“A piece of furniture like this will likely never come up again,” said Charlotta Widenfelt, the head of the auction house, to the TT news agency.

The Baroque style desk, which was crafted in 1683, is one of only two objects remaining from the Tre Kronor royal palace which burned down in 1697.

The other object which survived the fire is a throne which once belonged to Queen Kristina.

Queen Hedvig Eleonora’s desk was found in the home of a family in Skåne in southern Sweden and attracted a number of interested would-be buyers to viewings help prior to the auction.

“There has been a great deal of interest in this, both from museums and from individuals. We’ve even heard from interested buyers from abroad,” said Widenfelt.